I went to Arizona last week for a meeting.  The desert sun in March was so beautiful – it was lovely to leave the freezing cold behind for temperatures in the 70s and 80s.

The meeting was great and I met a lot of interesting people.  One afternoon I decided to spend some time sightseeing in town and then spent the late afternoon by the pool.

I found a reclining pool chair and took a seat, loving the feeling of the sun’s rays on my skin.  I thought of Caroline because sitting in the warmth of the sun always reminds me of her.

As I reclined and closed my eyes, I soon heard a group that caused me to open them.  There was a mom teaching her son how to swim.  The boy was wearing floating sleeves and soon took his first strokes.  I saw the pride on the mom’s face as this young boy made it across the pool.

That is when the tears started.

I will never teach Caroline how to swim.  A silly thing to get upset over perhaps, but right in front of me was an experience we both have lost.

I soon made my way back to the hotel room so that I could let out the rest of my tears privately.

Grief follows you into paradise and sneaks up on you when you least expect it.

When Caroline came home from the hospital, she was completely stable.  That first week, her hospice nurses came by every day to check Caroline’s vitals, and every day they were stable.  They continued this way, so we cut down our hospice nurse visits to 3 times a week.

I remember the day that Caroline left stability like it was yesterday.

It was May 2nd.  I had planned to leave Caroline with her grandmother that morning for an hour or two to go in to work for a seminar.  I never made it.  I had a tough morning of a fussy baby girl and noticeable changes.

That day, her hands were much colder to the touch than they had been before.  I also noticed that her feet were slightly swollen.  This was the first time that Caroline had shown any change since coming home from the hospital, and it was a change predicted by the cardiologists that we had seen in the past.  Up until this point, a part of me still believed that there was a chance of Caroline’s heart healing itself.  She had done much better than expected so far, why wouldn’t it continue?

When Caroline’s hospice nurse came for her visit that day, I broke down.  I showed her that Caroline’s hands were cold and her feet were swollen.  The nurse reassured me that it was very mild swelling that should not be causing any pain, but I knew that it meant that Caroline’s heart was beginning to fail her.  I told the nurse, “It feels so wrong doing nothing.” She replied, “Listen.  You are not doing nothing.  You are doing everything.  You are pumping milk for her every day.  You are feeding and taking care of her.  I can’t imagine someone taking better care of her.”

What Caroline’s nurse said was true, but there was a deeper yearning meant by my comment.  It felt horrible to be in the position I was in, where there was no cure for my daughter’s condition and I was completely helpless.  There was nothing I could do for her other than keep her comfortable.  I didn’t want her to suffer.  As a parent, it just feels wrong, even when you know you are doing the best you can for your child and your family.  I have no regrets about the decisions that we made for Caroline, but that did not make them easy.

Caroline’s change in status made it all very real, and brought many tears the next few days.  Now that she was showing symptoms of her heart condition, I feared that we would lose her very soon.

Once again, Caroline defied the odds.  She remained happy and stable with us for almost another month.  In fact, the week that she passed away, there were a few days where her swelling had completely disappeared.  The day that she passed away, her vitals were stable during her nurse visit and her lungs remained clear, as they had always been.

I am so thankful for the time that we were given with Caroline, and that she was so comfortable with little use of pain medication.  We were able to see her sweet personality and she was able to spend quality time with her family.

There would be many more tears to follow May 2nd, but those tears were always and will always be tears of love. 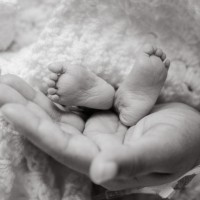 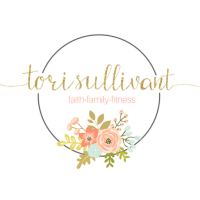 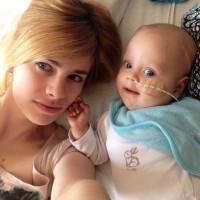 Learning how to be a mommy to an angel.

Diary of an Almost Father

a love beyond life

Surviving the death of a child; written by a mother committed to ensuring the greatest love survives even the greatest distance

Her Name is Merci, Mine is Melissa

A Woman's Journey from A Painful Past to Angelic Motherhood

Laughter in the House of Mourning

Things aren't always what they seem in this place, so you can't take anything for granted.

Proving That Trisomy13 Is Compatible With Life

& God's Faithfulness in the Midst of Trisomy 13

The Love We Carry

A book and a blog for first-time mothers